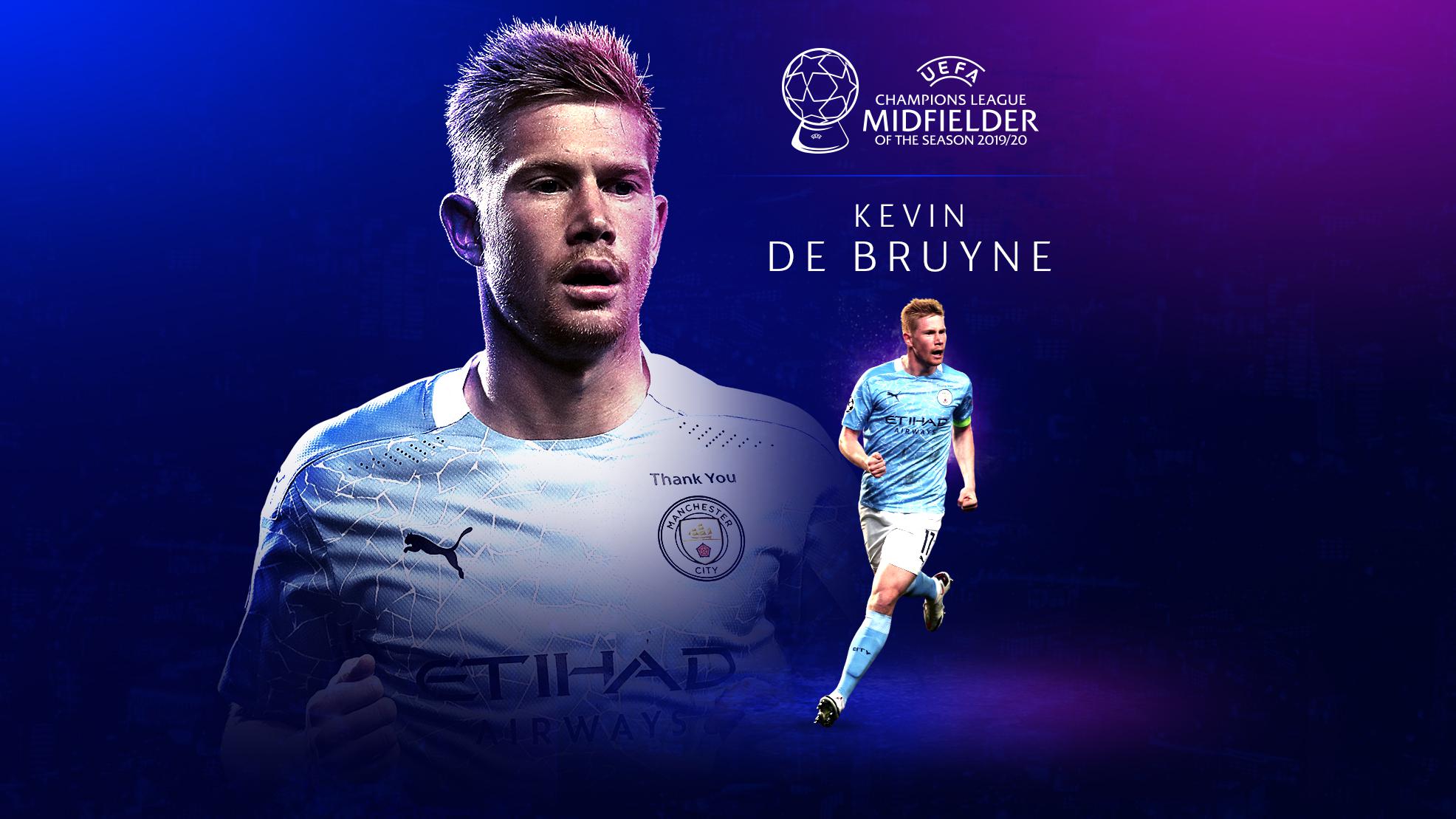 Manchester City's Kevin De Bruyne has been named Midfielder of the Season for the 2019/20 UEFA Champions League campaign.

De Bruyne was in great shape most of last season when City reached the quarter-finals of the UEFA Champions League and finished second in the Premier League. The 29-year-old Belgian has been named England's professional player of the year by fellow pros after making a record 20 assists. His latest award was announced during the 2020/21 UEFA Champions League group stage draw in Geneva.

Voting for the best midfielder of the season

"He's a master class, one of the best players I've ever coached."
Josep Guardiola, coach of Manchester City

“I've never worked with a playmaker who could work at a faster pace than a game. Any playmaker we're used to seeing is a player who slows down and gets two seconds to think, two seconds to find that pass. [De Bruyne] sees the pass before the audience sees it. "
Roberto Martinez, coach of the Belgian national team

“In Belgium, we used to joke about [Premier League one season] assists, and I always said, 'You were close this year,' and he always said, 'I'll get you. day & #039 ;. "
Thierry Henry, former assistant coach of Belgium

How De Bruyne was chosen