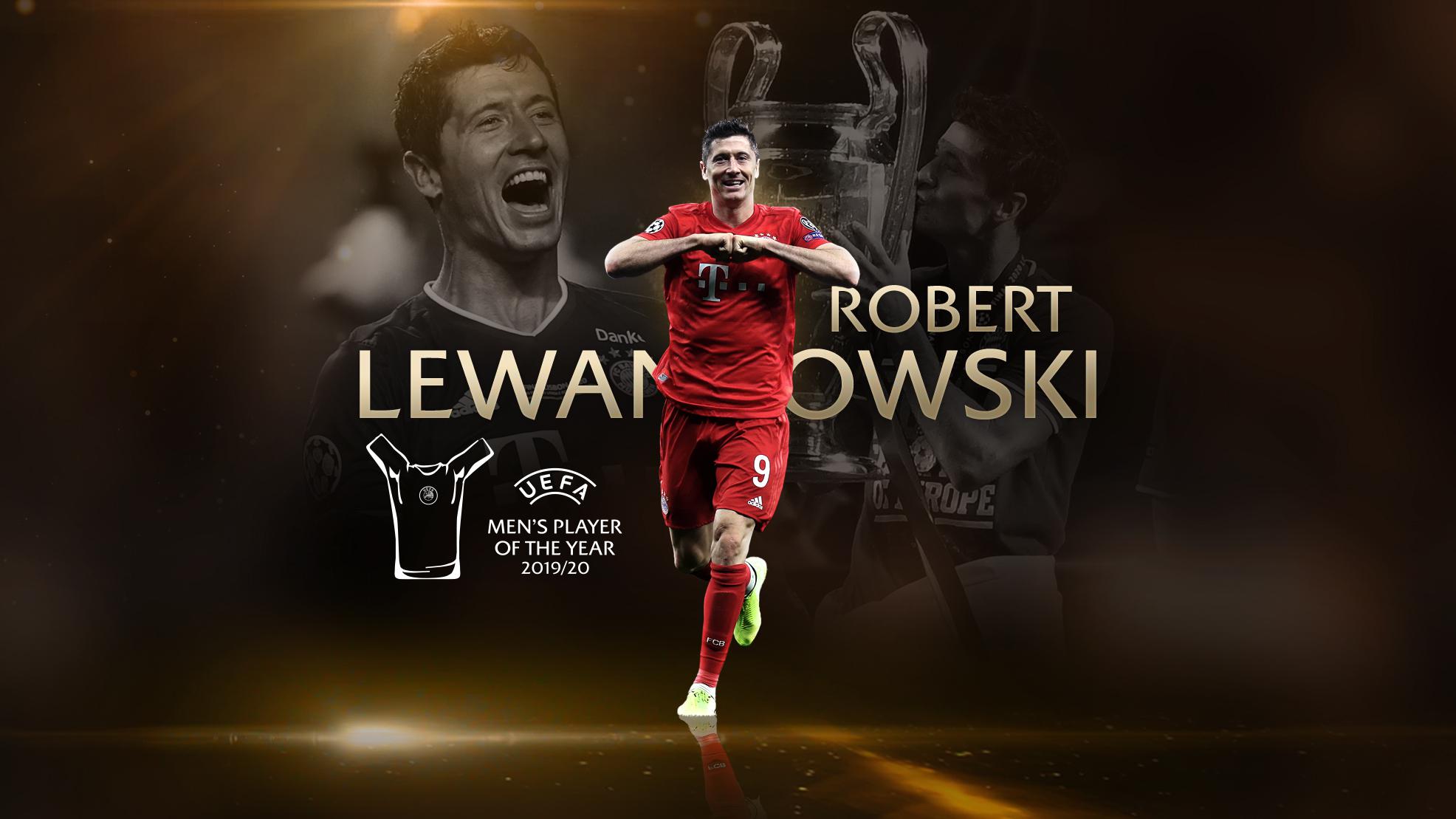 Bayern striker Robert Lewandowski has been named UEFA Player of the Year 2019/20.

Why did Lewandowski win the vote?

The 2019/20 season was one of the best in Bayern's 120-year history, and no player has contributed more than Lewandowski. The Poland striker has scored in every game en route to the UEFA Champions League final in Lisbon, scoring 15 goals and six assists, as well as capturing the long-awaited trophy. He also scored 34 goals in 31 Bundesliga matches and six in five German Cup matches.

How Lewandowski was chosen

The jury consisted of 80 club coaches from the 2019/20 UEFA Champions League group stages (32) and the UEFA Europa League (48), as well as 55 journalists selected by the European Sports Media (ESM) group, one from each member association UEFA.

The jury selected the three best players: the first received five points, the second three and the third. Coaches were not allowed to vote for players on their team.

“He is perhaps the best professional I have ever met here. His diet, his lifestyle ... Everything is aimed at success. The question is whether Robert at 35 will be even better than Cristiano Ronaldo at 35 ”.
Karl-Heinz Rummenigge, CEO of Bavaria

What is the UEFA Player of the Year award?

For this award, players in Europe, regardless of nationality, were judged according to their performance throughout the season in all competitions - both domestically and internationally - at the club or national team level.