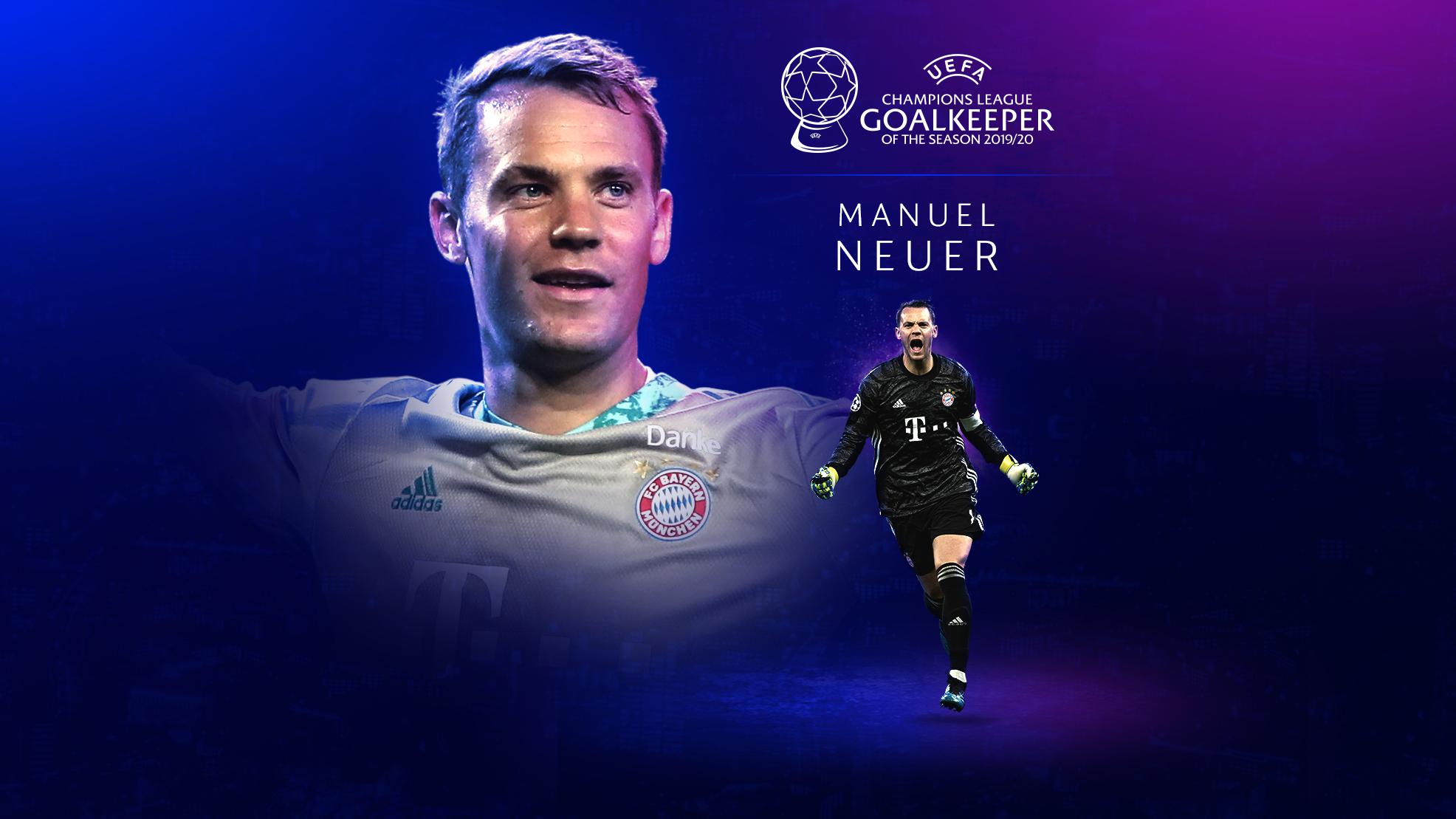 Bayern captain Manuel Neuer is the top goalkeeper of the season in the 2019/20 UEFA Champions League campaign.

Neuer had a stellar season with Bayern Munich, leading them to triple victories in the UEFA Champions League, Bundesliga and the German Cup. The 34-year-old goalkeeper played every minute of Bayern's triumphant European campaign, with a particularly impressive performance in the Lisbon final. The award was announced during the 2020/21 UEFA Champions League group stage draw in Geneva.

Goalkeeper voting of the season

"Manu has been in great shape throughout the 2019/20 season and is in a class of his own - amazing, incredible."
Joachim Loew, coach of the German national team

“His quality was incredible against us in the UEFA Champions League final. His performance was kind of a distortion of the competition. He took goalkeepers to new heights. "
Thomas Tuchel, coach of PSG

“Manuel is one of a kind. If you look at everything that Manuel has won and how much he has contributed to team titles, you can say that he is one of the best of all time. "
Oliver Kahn, former goalkeeper for Bayern and Germany

How Neuer was chosen