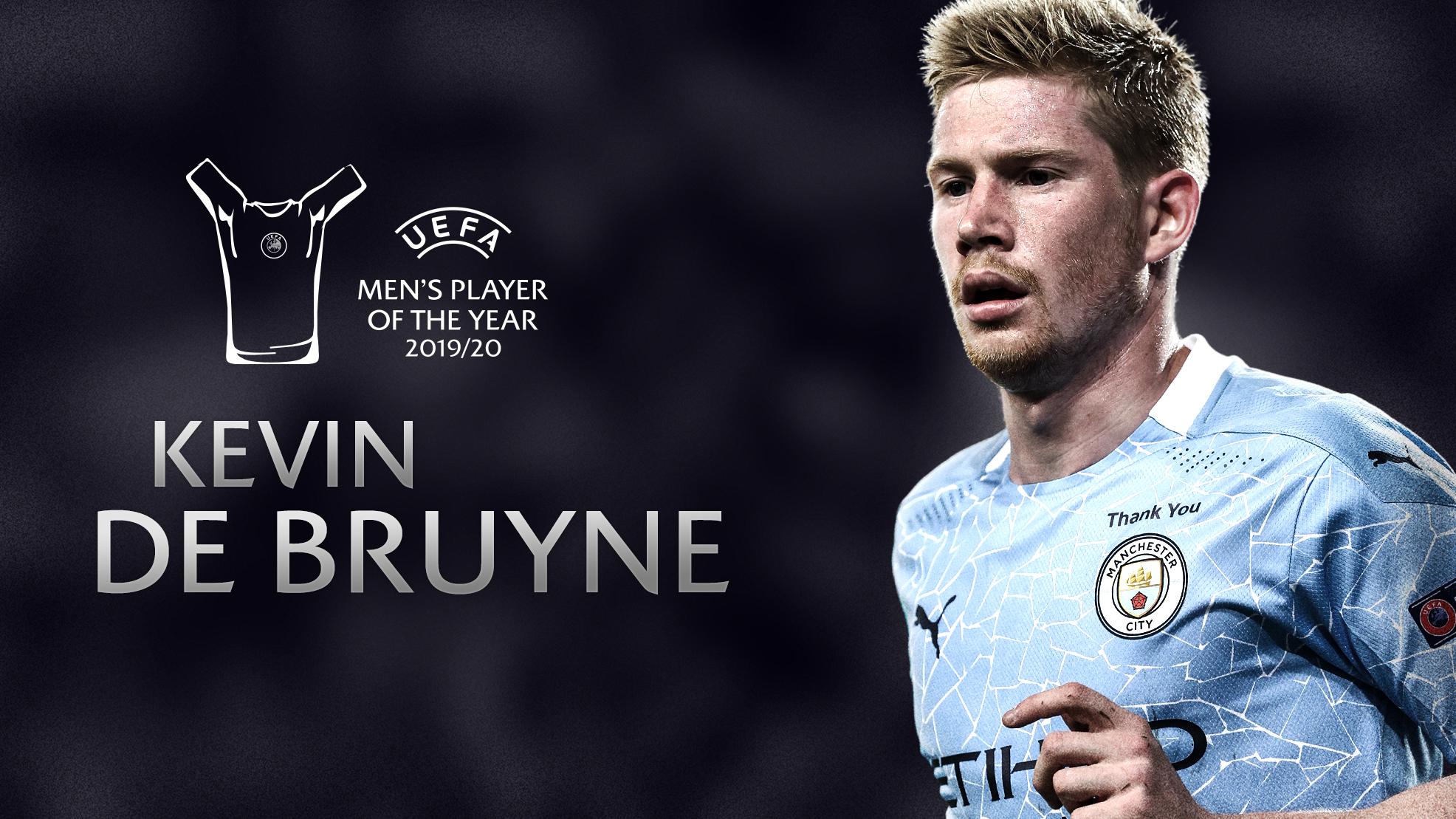 Kevin de Bruyne has been named among the top three contenders for the 2019/20 UEFA Player of the Year award. UEFA.com is analyzing why he is running alongside Robert Lewandowski and Manuel Neuer.

Selected by his fellow professionals as England Player of the Year for the 2019/20 season, De Bruyne is the main creator of Manchester City, which finished third in the UEFA Champions League last season. Whether he's carrying the ball out of bounds on a run, making the perfect forward pass, or jumping over one of his signature crosses, he plays with a graceful look that is pleasing to look at.

In the Premier League last season, he made a record 20 assists; in his last 16 Champions League games, he scored one goal and opened another when City beat Real Madrid - it was a false nine - and then did anything to keep the dream against Lyon, scoring a goal with characteristic heartless precision ...

1. Taking advantage of the freedom of the fake nine, De Bruyne showed captaincy in the first leg of the Champions League round of 16 against Real Madrid. His cunning cross in white shirts matched Jesus perfectly before he hit the winner from the penalty spot.

2. Compliance with Thierry Henry's record in the Premier League 2002/03; In a match against Norwich in July 2020, the Belgian organized his 20th assist of Raheem Sterling's season.

3. De Bruyne, with two precise finishes and an accurate serve before half-time, couldn't help but score a hat-trick as his swift kick hit the post in the Premier League masterclass against Arsenal.

"He's a master class, one of the best players I've ever coached."
Josep Guardiola, coach of Manchester City

“I've never worked with a playmaker who could work at a faster pace than a game. Any playmaker we're used to seeing is a player who slows down and gets two seconds to think, two seconds to find that pass. [De Bruyne] sees the pass before the audience sees it. "
Roberto Martinez, coach of the Belgian national team

“In Belgium we used to joke about assists, and I always said, 'You were not far this year,' and he always said, 'I'll catch you one day.'
Ihri Henry, former assistant coach of the Belgium national team